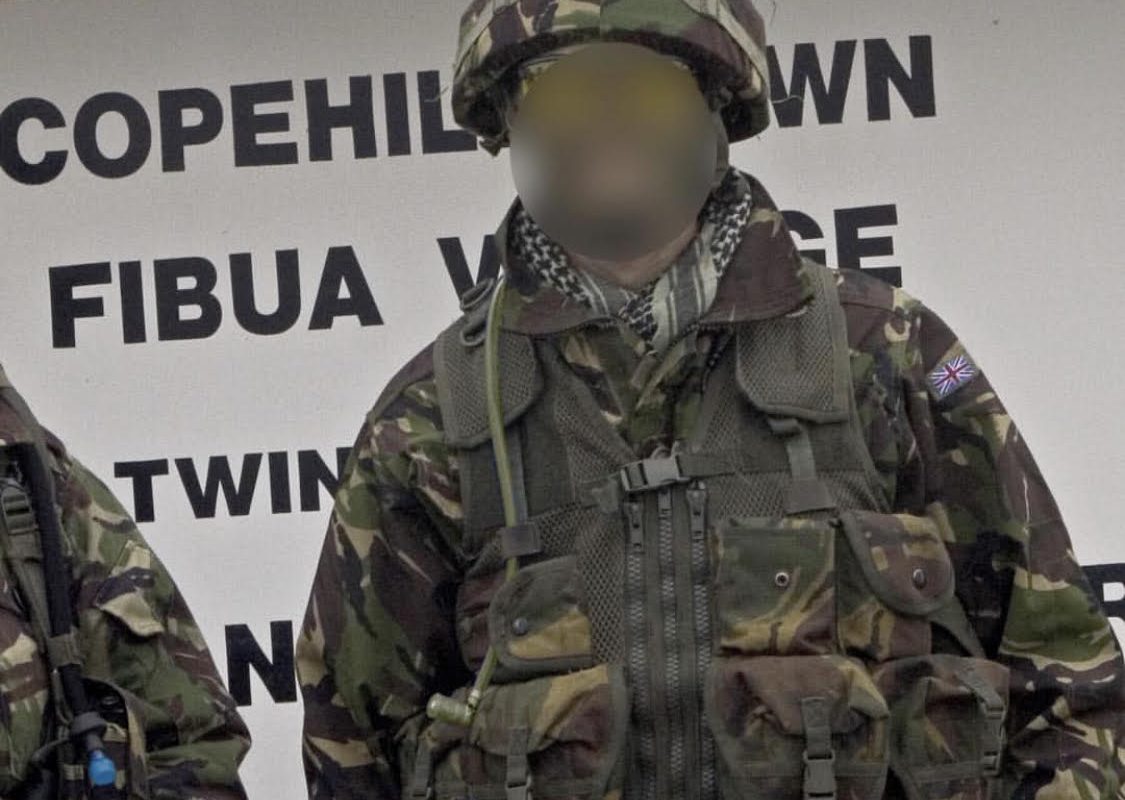 After writing my mini-series on milsim prep, someone suggested something for helping folks thinking about their first milsim event, so here it is: a guide to kitting up for your first big event. This should be seen as a bit of an intro to the other articles:

I’m not going to say what a milsim is – if you don’t know your milsim from a skirmish, go watch some videos. In general though, Milsim events involve spending at least a couple of days out on the ground, non-stop, without gameplay breaks, as part of an organised team seeking to achieve objectives.

The Airsoft J2 very rough MilSim-O-Meter is here, showing relative levels of different factors. It’s a mug’s game trying to compare events but anyone who remembers Town Assault, Tier 1 and Combat Airsoft Group events will know that they were pretty serious when compared to other events. Not better or worse, just more strict rules, harder objectives and often much less shooting. Not better or worse but different

On this subject though, you can think about various different variable which affect relative seriousness of an event. I’ve had a quick stab at this below, thinking about various types of event. Battlesim is a term I first heard from Legion Event for their one day, non-stop events which are mil-sim-ish: their website gives you more info.

Anyway – so you want to play milsim. What do you need? Well, I’d say that you need 6 types of stuff:

If you’re already playing airsoft, you’ll have a RIF and the necessary UKARA or other defence for something other than a two-tone gun. For milsims, two tone guns probably won’t be accepted so check out the rules.

Gun spec: you don’t need a superduper upgraded plastic death machine. You don’t need 5 guns. I take a rifle and pistol only to most games. I might have a spare in the boot just in case but I’ve so far, never needed it. You’ll know what you like, so I’m not going to say get a TM Recoil or an E&L or a Arcturus or Classic Army or whatever. But, go for quality and versatility and if you upgrade anything, upgrade the hop not the spring. Make sure you’re within the FPS limits for the event as well.

Magazines: most milsim events will require medium capacity mags, not high-capacity mags. How many? Well, I carry five 120 bb med-caps for most events which is loads. When I have my gas rifle and the low caps which go with it, I’ll up the mag count to eight.

Optics etc: You don’t need a fancy optic, iron sights really are fine. They have the great advantage of no needing batteries and nor will they fog up. Yes, a 4x ACOG is nice to recognise targets further away but if you’re on CQB, it’s not going to help you much. You don’t need a laser. Something you might need is a weapon light. A torch is handy for urban games and if you’ll be out at night but don’t go nuts. Something like this will work just fine for clearing rooms and playing at night.

Secondaries: If you need a pistol (and really, do you actually need it?), lasers, lights etc are all fine but carrying a TM monster Mk23 and an M4 and a VSR sniper probably isn’t necessary. Remember, you’ll be carrying this stuff for a while so don’t go nuts. Less really is more. Remember this rule: every 1kg you carry is 10% less fun.

Once you’ve looked up the uniform rules, you’ll know what camo you can or can’t have. If you can wear MTP, go for issue kit from somewhere like Strikeforce Supplies – I’ve used them for years and they’re well priced and nice to deal with. Other stores are available though. If event rules say that you can’t go MTP, then check out eBay for other options – Russian cam kit is good for playing the Opposing Force (OPFOR), or track down some plain green trousers. Don’t be too afraid of TMC knock-off Crye from Weapon762; it’s surprisingly good.

You’ll need waterproofs in the right colours as well, at least a jacket), as well as a walking/running style base layer T-shirt (not cotton).

Clothing to avoid: Jeans and cotton stuff. It doesn’t dry quickly and you will get sweaty and damp; sweaty and damp means cold, stinky and uncomfortable.

Footwear: you’ll also need boots. Again, go issue (Altbergs are £30 on eBay) or check out Go Outdoors or other outdoor shops. Money spent on boots is never wasted. If you spend money on clothing, spent it here.

PPE: For FIBUA, I really like a bump helmet, gloves and knee pads – none of which are too pricey but which add to staying comfortable jumping out of the windows and scrambling through rat holes.

Stuff to Carry Your Kit

As before, you’ll probably already have a chest rig or plate carrier. You don’t need to have Crye, Platatac or Mayflower stuff. Just make sure that it’s adjusted properly and can neatly carry your stuff without leaving a trail of magazines and pyro behind you. Again, don’t feel the need to add morale patches to every bit of velcro or a pouch to every bit of molle. Take what you need, nothing more.

There are loads of good value options, from classic NI or Arktis DPM chest rigs through knock-offs by TMC etc. There’s nothing wrong with second hand, either. Plenty of my kit has come to me that way, often at bargain price. Set-up those eBay alerts!

Standard kit is the most flexible: a sleeping bag, sleeping mat, bivi bag and basha (and bungees/para cord to rig it). You hopefully already have a sleeping bag but basha and bivi bags are a bit niche and they’re a decent investment.

Sleeping bag – suitable for the right temperatues. Synthetic is more durable and stays warm if damp, but down is warmer for the same weight and compresses more.

Basha – Again, lots of tarps available, or go issue. Remember that you’ll need para cord and/or bungees to actually rig it up as well as a few pegs.

Cooking Kit – As well as sleeping kit, you’ll need a stove, pan, mug and things to eat with. Gas stoves are the way to go – Alpkit do some really good value and high quality kit here to help.

Lots of personal preference here but I urge you to think beyond a ration pack. Have a look at my article on food for better ideas.

How Much is it Going to Cost Me?

Rough sums on all this suggest clothing will run you £100-£150 or so; a chest rig is £38, basha, bivi and mat £90ish, plus your RIF (spend what you like!). In a bit more detail and going off a standard Task Force style kit list (and not counting your RIF, safety glasses etc you’ll already have from skirmishing):

Things get even easier if you’re playing baddies, a black waterproof jacket is cheaper than an MTP one for instance. But, a lot of the angry camping stuff is the same (unless you know you’ll be in a building, in which case the bivi kit maybe gets dropped.

But, if you want to get spendy, crack on. You’ve got a whole world of fancy kit out there – Crye, Arc’teryx or Platatac for the clothing, Corinthia for sleeping gear, Mayflower or Haley for the chest rig, Salomon for boots etc etc. But you don’t NEED to. I’ve also not mentioned Night Vision which you definitely do not need. Just in case that wasn’t clear: you do not need night vision for milsim events. When the shooting starts, everyone goes white light anyway, hence my advice to get a decent weapon light. Do not be tempted to get Gen 1 stuff or anything like that, it’s a total, 100% waste of money. You’re looking at £2k+ for anything decent and it’s simply not worth getting anything for less than that.

Wrapping up then – there it is, the non-bank breaking way to kit-up for your first milsim event. If you want to be properly prepared for it though, have a look at my article on the things money can’t buy for milsims: fitness, skills and knowledge and then ideas on food and other prep to help you be ready to go as soon as you arrive. All this is ultimately about having fun, and I’m a real believer that the size of your wallet shouldn’t impact this.

You can absolutely be comfy and effective without spending too much. I know, because I did it this way for years. If you look at the pics of me from my early airsoft days (there’s one below) you’ll see for yourself: DPM, issue kit all the way with a second hand Arktis vest (complete with broken zip) and helmet as extravagances. I was using an Army L85 A1 AEG at the time, iron sights only because bargain Chinese optics weren’t a thing yet and it was always raining anyway… 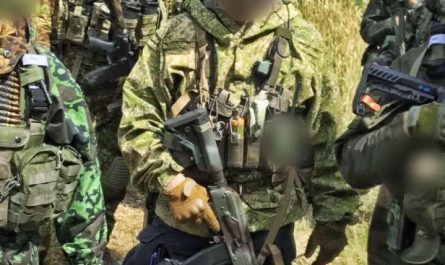 The Joy of OpFor 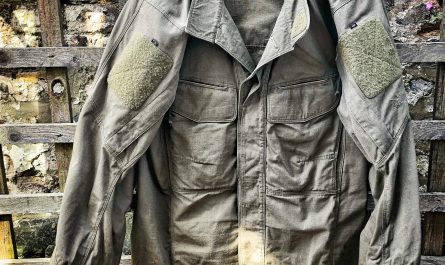