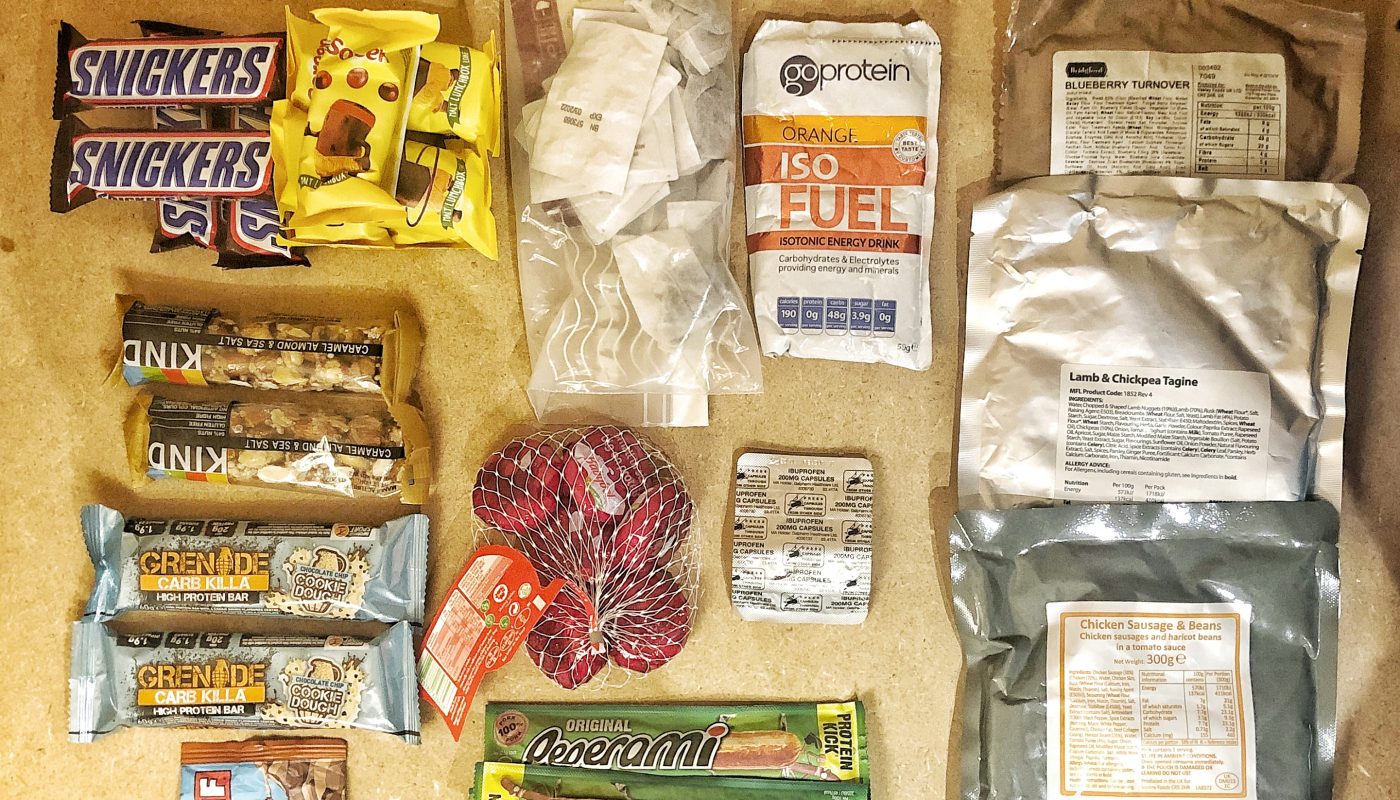 What do you bring to eat and keep you going on a multiday MilSim?

With a tiny amount of work, you can do better, lighter, tastier and cheaper than a MOD rat pack or MREs, and be happier.

For many people, the default milsim food plan is the Operational Rations Pack. It’s not necessarily a bad choice. It will give you a few hot meals, a dessert, snacks, tea and coffee, various drinks powders, chewing gum and perhaps if you’re lucky, biscuits brown and chicken pate.

Operational Ration Packs are designed to be edible and vaguely tasty whether they’re stored at -5C or 50C and will last for years. They are also heavy and expensive: £16-£20 is the current range on eBay. If, despite all this you do want to use one, you’ll probably want to add in a few goodies which bumps up the price further. And that’s if you can get a menu you like everything on (I can’t stand tinned tuna).

Unlike the lucky deployed soldier, your average milsimer can pop to the supermarket of his or her choice the day before and buy something which is edible, highly portable, tasty and with enough calories to keep them going. Combine these bits with a fancy dehydrated meal or a commercial boil in the bag meal (Wayfairers are £4, and a lot like, if not perhaps identical to the ration pack ones- they’re certainly a lot newer: I won’t say fresher).

My advice is this: buy a boil in the bag dinner and maybe breakfast from a camping shop and then add in snacks for everything else. This will be tastier, lighter, less bulky, cheaper and exactly tailored to your tastes because you chose it all.

So the question is, what should I eat and drink to keep me going and to help me be as cheerful as possible though 30hrs or so of activity?

When I answer that question, I keep a few things in mind:

Where and how will I be eating: Based on the event instructions, I could be eating in the field, staying covert, or I could be playing militia and have a nice with space for a BBQ which means burgers for dinner or bacon rolls for breakfast- happy days! But, if you’ll be in the field, under a basha or in a FOB, that’s where this guide is going.

Drinking water: you can rarely have too much but if it’s going to be hot, add in even more. Heat injuries are the most common thing I’ve seen in airsoft after minor lower limb injuries. Water also means brews, brushed teeth, boiled meals etc so take loads of it. This is the only area I really subscribe to “Better to have and not need than need and not have”.

Lunches and Snacks: I go for a mix of sweet and savoury to graze on rather than a massive sit down meal in the mess at 1230hrs. Lots of people seem to go for stacks of sugar. This is fine for a temporary boost but not great for longer-term energy. A lot of this lives in my pockets and I’ll snack frequently throughout the day. This avoids me getting hangry and keeps energy levels up. It also avoid the food coma I’d have if I gorge myself at lunchtime. Apples are there because it’s just nice to have fresh fruit and be a bit more civilised. It’s airsoft, not Sangin.

Breakfast: I have news: Choc Chip Brioche is what you need. While sounding fancy, it’s great on its own and even better dipped in tea or coffee. From a nutritional perspective, they also have sugars for fuel now and fatty carbs for fuel later. It’s also light and cheap and doesn’t need cooking which is what winning looks like. Although, on a rainy and shitty February morning, a nice warm hot in the bag is great for morale and the water you boiled it in goes straight into a brew as well- take your choices.

Keeping it clean: you’re not going to be doing any washing up or have time for fancy prep. Prepackaged and ready to eat is what you want, without any washing up.

Weather and Temperatures: if this weekend was looking colder and wetter, I’d be adding more hot food. Having all cold food when the weather is crap is miserable. Your morale is massively impacted by food, so get this right and you’ll be happier and have more fun.

Dinner: I’ll usually go for a boil in the bag or dehydrated meal and then for a bit of luxury, some fancy tasty chocolate. My personal fave dehydrated meals are Real Turmat – super pricey but really tasty and light as hell (121g). I’ll choose this when I go digging in my camping food box a few night before a game. As for desert- an extra boil in the bag is good for cold weather but I usually find it a bit much and go for a bar of chocolate.

Getting it all ready: I remove as much packaging as possible, stick it in ziplock bags etc and then make sure that it’s accessible in my bergan. I usually put most of my food in the lid pocket, with the rest in my daysack and pockets

My Favourite Touches: pepperami and other cured meats are awesome, especially to replace salts lost through sweating. Cheese is also good- fats and protein to keep you going ( Wensleydale and cranberry can’t be beaten but is messier).

Purely as an example, my food for a weekend 30hr game last Nov looked like this: 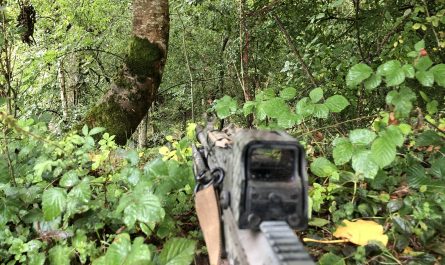 Milsim Harder – Part 3: The week before a game 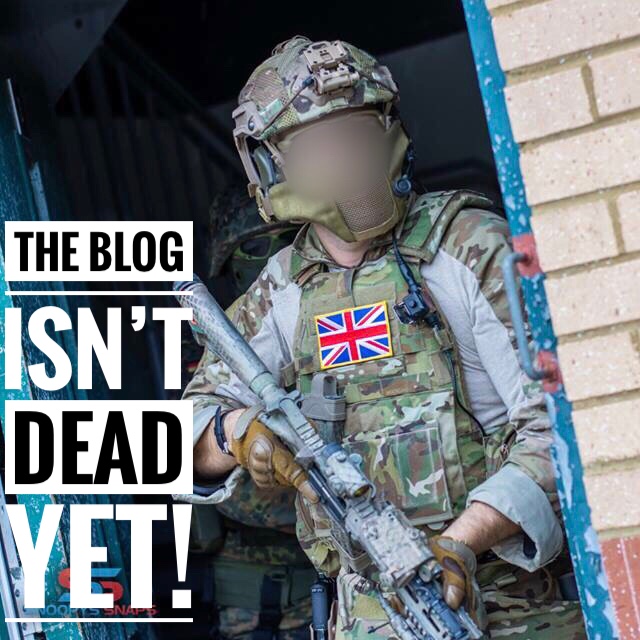 Where have all the photos gone… 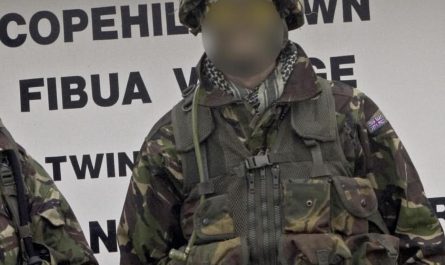 Kitting up for your first milsim