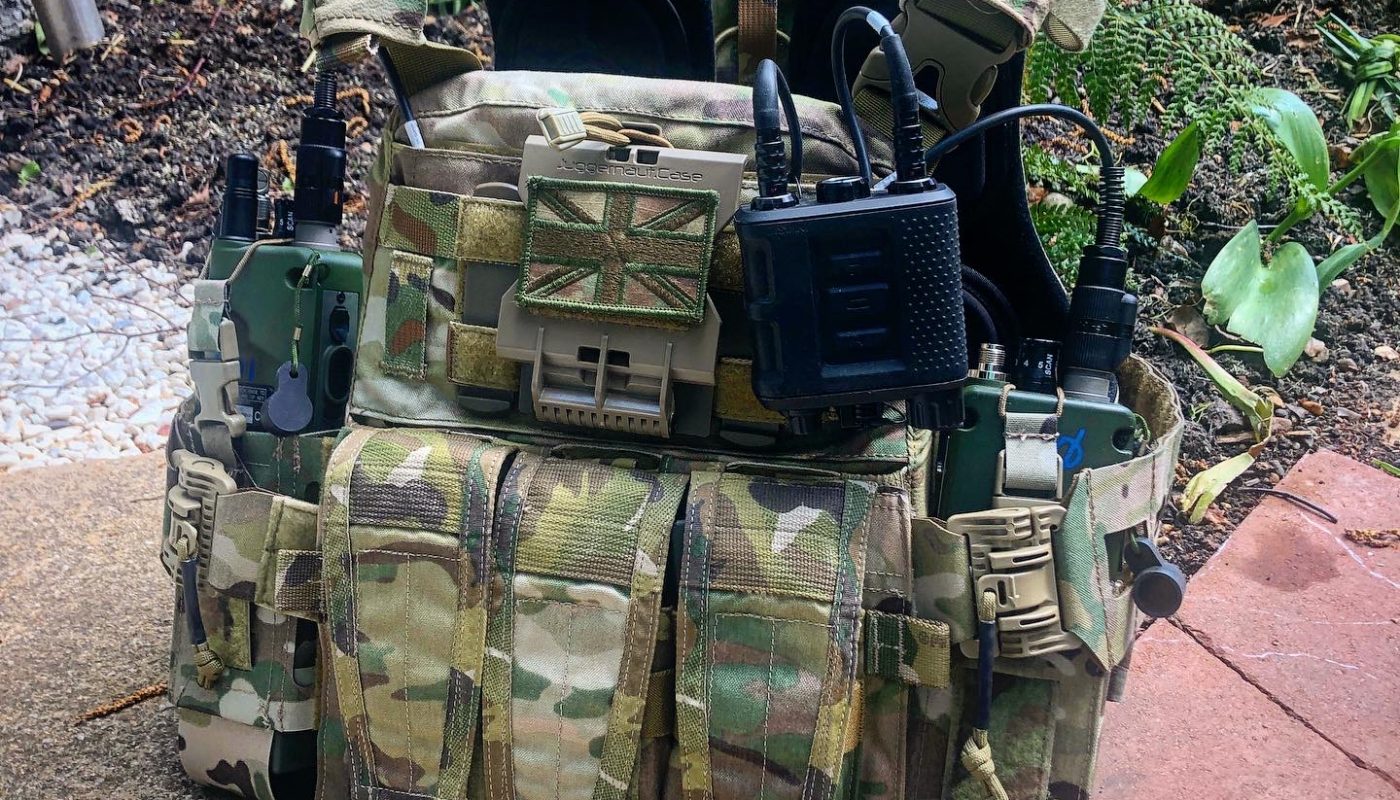 I posted this photo of my AVS on my Instagram a couple of weeks ago and have since taken quite a few questions about it so I thought I’d expand on the photo and take you over it.

Let’s be honest, this is a pretty standard assault set-up. My guiding principle in design is that it must work for me. I’m amazed at how often people copy a reference pic blindly (eg the Newcastle pic) which is very much optimised for a specific role and task at a given time and place.

My second priority is to carry only what I need, with the minimum of faff. In practical terms, I only really need to carry lots of mags (I run a TM MWS), dual comms (TCA 152s) and some hydration. Bangs and extra mags all go onto the belt kit. I never find that admin pouches actually work for me so a notebook, maps, pens, extra ear plugs etc go into trouser pockets. I try to be in keeping with what you could see from UKSF rather than being guided by a particular photo. My rules of thumb are (1) if it’s in the crye catalogue, it’s in (2) if it’s a niche UK manufacture like Flimmur, then it could well be legit and (3) public reference pics don’t tell the whole story so if you’re sensible, use it.

In ski touring there’s a rule that every kilo carried is 10% less fun. And we could do well to remember this. So many airsofters carry way too much, to the detriment of fun. Yes, it’s great to feel ally pulling on a heavy plate carrier with real plates but after a few hours of a two day milsim, there’s something to be said for foam. Ultimately, we’re playing cops and robbers and it’s about having fun within whatever framework set – milsim, battlesim, skirmish or whatever. Also, we’re usually out only for a couple hours as a time away from a harbour area so mags, comms water, snacks and pryo is about all you need on you. Yes, in some recce tasks you’ll be out for longer but my set-up here is entirely arranged for short-sharp assault stuff. If I’m going to be out of hours at a time up hill and down dale, then it’s belt kit and a minimal plate carrier for me, or even just a chest rig, although you really can’t beat belt kit fand pockets or all-day carrying comfort.

I also haven’t festooned my kit with patches, zap numbers, blood groups or other stuff. I’ve got a single non-IR reflective flag on the front. For me, few things scream ‘airsoft’ than loads of patches. There’s been a relatively healthy discussion about blood type patches recently on the UKSF Impression group on Facebook with the consensus that they’re mostly for show and then medics will always check before sticking blood in and where there’s any doubt or need for total expediency, just go O-Neg until your type is ID’ed.

First things first, the confession: the base plate carrier is a TMC copy of the Crye AVS. Four reasons for this. Firstly, I think that it’s excellent value. Secondly, the quality is good enough. Third, it fits me well enough – I could do with a large but not for the hundreds it would cost . Finally, when it’s covered in real Crye and other bits (front flap, radio pouches, back panel etc), who can tell? I’m really quite impressed with it. But, having had a real Crye AVS/CPC hybrid, you absolutely can tell the difference in quality, the TMC just isn’t as good. Molle spacing is less even, velcro is less grippy and stitching frays a bit more. But it’s also no where near the price and the value for me, is good. Also, almost all of my range time is civilian now and if I need armour for work ranges, I’ll be given it. Ultimately, this article isn’t a review of the TMC Assault Vest System but in short, if you can find one and if a Medium will fit you, don’t be put off buying on because most people will never know. I’m not enough of a bullshitter to pretend I got the Crye and for me, the TMC works well enough and I’m happy to say it.

In terms of the detail and having said that it’s relatively standard, the cummerbund and Juggernaut pouch are probably less usual. Personal preference has led to using the custom cummerbund which means that I can put the whole thing on and take it off without messing around with velcro and having radios flapping around. It really does make life much easier. Under the front flap though, it’s getting pretty busy, with lots of velcro from the flap itself, the cummerbund the the radios.

I’ve kept the cummerbund entirely clear of pouches – I just don’t get on with having lots of stuff under my arms. I find that it blocks my pistol draw or mag draw or just makes things too bulky. I’m wide enough as it is, without adding to it (lock-down isn’t helping, even with four runs a week…).

Because I often use a GBB, I usually carry a few more mags than I would with an AEG. My usual load is eight mags. I have one in the weapon, three in the front flap, two in horizontal mag pouch on the rear pate bag (not pictured here) and then two more in a double Esstac pouch on my belt. This requires a bit of creativity to avoid having double stacked mags on the front. Worth also saying that belt kit does feature in my kit bag. I’ve got a mix of JayJays and UK Tactical molle set up which is super comfy and comes out for the occasional green-side event (which is becoming more and more rare, alas). Carrying a full mag load there isn’t an issue. I’ve got double mag pouches on both sides, plus BFG elastic pouches on the front of the plate carrier. Theoretical max here is 12 mags (!) which is more than I have for any of my RIFs! I’ll make that another subject for another day.

The only other thing which is a little less usual is the Juggernaut phone holder. I find that having mapping, the camera and any fancy blueforce trackers right there is really handy. It makes sure that I have no excuse to not take pics and keep Mrs J2 up to date on how I’m enjoying myself! This case seems much more a feature of the SBS reference pics rather than SAS or SFSG so it’s at least technically correct.

A few people might take issue with the dump pouch being fixed right there under the front plate bag but for me it’s handy and works. I’ll always try and stick an empty mag in a proper pouch rather than the dump pouch but when things get busy it’s great to be able to chuck them in there and crack on.

Finally, the rear panel. I’ve got three options here – leave it empty for a day sack etc, have the assault panel or, as pictured here, have the pack on. I don’t get terrifically excited about this – it just works. It takes a 3L bladder, (routed over the left should to stay out of the way when I shoulder the weapon – I’m right handed) plus snacks and a goretex or warm layer if needs be.

In the photo here, you can just about see two antennae poking out. These are Harris antennae supplied by Five Four Comms – top people to deal with. I play most games with the Alpha Group and usually play as the RO. Having done a bit of comms work in a previous life, my voice protocol is OK and I’m used to having comms around. I have more options here and can go for a massive fold-out antennae for HQ comms if needed – for places like Stirling’s Trees sites or bigger urban sites like Caerwent or Copehill (I miss Copehill), it’s always needed. I can then keep the short one for team comms where you need less range. I’ve not tried a vest-mounted antennae yet but could yet be persuaded.

That’s an overview of my AVS. Hopefully it gives you some idea of the thinking behind it and why it’s set up as it is. Again, this is assault mode and it’s tailored for that and for me doing it.

I’ll leave you with this photo (right) of the AVS in use. It’s an older pic, you’ll see my old AVS MBITR pouch but most of the set-up is the same.

I’ll do another article on long-duration recce style set-up, as well as one on comms which a few people are asking about as well. Let me know what you think and give me a follow at https://www.instagram.com/airsoft_j2/ for more good stuff. 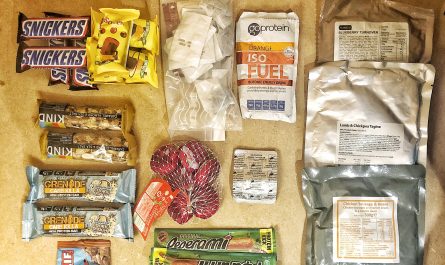 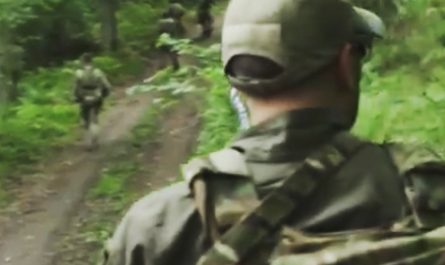 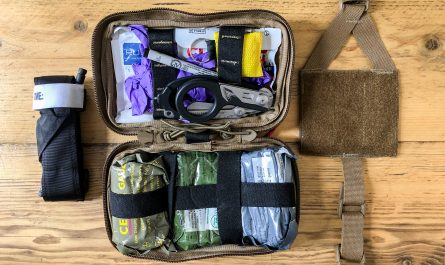